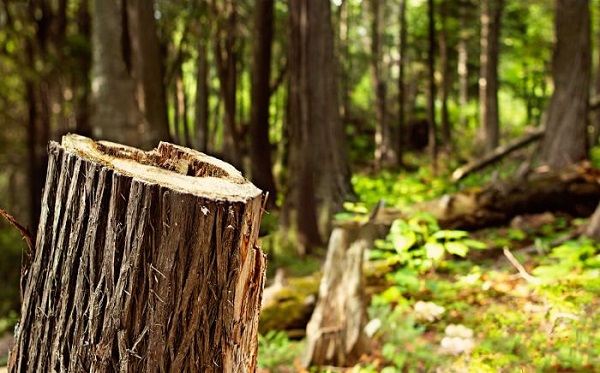 Essay On Deforestation : Deforestation means cutting down or burning a large number of trees/forests indiscriminately. We are directly and indirectly dependent on trees. Trees help us in many ways. But we cut down trees in large numbers. For the increasing number of population, we need more schools, collages, offices, business establishments and various sorts of furniture. So, we cut down many trees. Moreover, in many parts of Bangladesh, people are to defend on wood for cooking their food. To make fire, they cut down trees. This cutting down trees is deforestation which has many adverse effects.

Trees give us oxygen and take in carbon dioxide. Inadequate number of trees causes drought and drought damages crops. When do not grow as we require, there happens famine. So, we see that there is an interconnected link and cycle between humans, animals and trees. Deforestation may causes desertification in many part of the world which will pose a serious threat to our living. It also causes the rise of sea-level. Rising sea-level brings about flood. Flood brings untold miseries to the people. Deforestation causes river erosion also. River erosion makes many people homeless and shelters less.

Deforestation exerts many adverse effects on climate, agriculture and our life. We should try to stop deforestation and plant more and more trees.