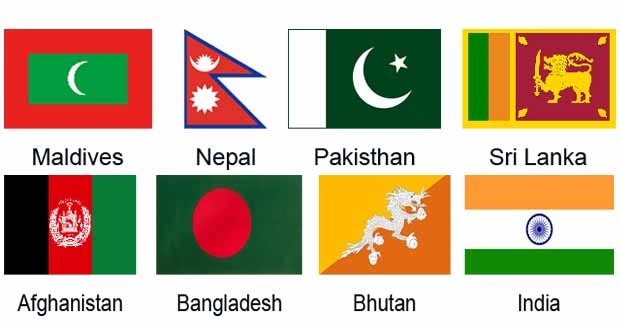 Introduction: The present age is an age of co-operation and developing international relations.With the process of globalization, countries of the world are coming closer to one another and forming different organisations or alliance for mutual benefits.Different nations of particular global region unite in a common platform and share and co-operate among themselves.Also discuss their problems and work together to achieve their goals.SAARC is such an organization.

Meaning Of SAARC: SAARC is an acronym which stands for South Asian Association for Regional Co-operation.As a clear form the name SAARC is a regional platform for co-operation.SAARC member countries are Bangladesh,India,Nepal,Pakistan,Maldives,Bhutan and Srilanka.Recently Afganistan has been recognized as the eight members of SAARC nation.Besides, UN,OIC,EU,China have got the observer status of SAARC.

Formation And History: SAARC is the brain child of Late President of Bangladesh,Ziaur Rahman.In order to form a co-operative family of Bangladeshis neighbor countries,he toured the seven countries in 1980 and tried to convince the head of the states to come under the same umbrella where they work to solve their common problems.His dreams finally came into being in 1981 when the foreign secretaries of seven countries met in Colombo to decide the field of co-operation.Agriculture,rural developments,tele-communications,weather,health and family planning,poverty alleviation and scientific development were set as the fields of co-operation.But it was not until 1985 that SAARC started its marching steps ahead.

SAARC Summits: SAARC summits is the regular meeting of the heads of the SAARC states.The first summits of SAARC was held in Dhaka on 7 December 1985.The next summits was held in Bangalore at the end of the year 1986.In this summits,it was decided that a permanent secretariat would be set up in Kathmandu,the capital of Nepal.The third summits was held in Kathmandu,Nepal in 1987,the fourth in Islamabad in 1988,the fifth in Maldives in 1990.The six summits is set to be held in Colombo,Sri Lanka in 1991.The subsequent summits were held by rotation of the SAARC states excluding Bhutan.Bangladesh hosted second SAARC summits in 1993 and the third in 2005.The coming 14th summit is set to be held in India in 2007.In the Dhaka summit in 2005,Afganistan has been given the membership status and Japan and China have been given the status of observer states.

SAARC Achievement And Failures: SAARC is comparatively a new organization in the global area.It’s achievements are many,but failures are many.However,SAARC countries have started working to establish a Free Trade Area(FTA) which will increase their internal trade and lessen the trade gap of some states considerably.They have also agreed to establish a SAARC university in India,a food bank in Pakistan and also a energy reserve.However,it’s failure are that it has not yet been able to solve internal regional conflicts,ensure regional security,reduce poverty and develop a pre-warning system of natural disasters by sharing information.It has also failed to increase trade among SAARC nations and co-operate in other areas.

Conclusion: Whatever the gains of SAARC so far may be it is the only platform where thr state leaders meet and discuss issues.SAARC is an organization of about 150 crore of people.It is their hope and aspiration.It is upto the SAARC leaders to work together for a developed,peaceful and prosperous South Asia.Bangladesh as a pioneering nation of SAARC should play the leading role in this regard.