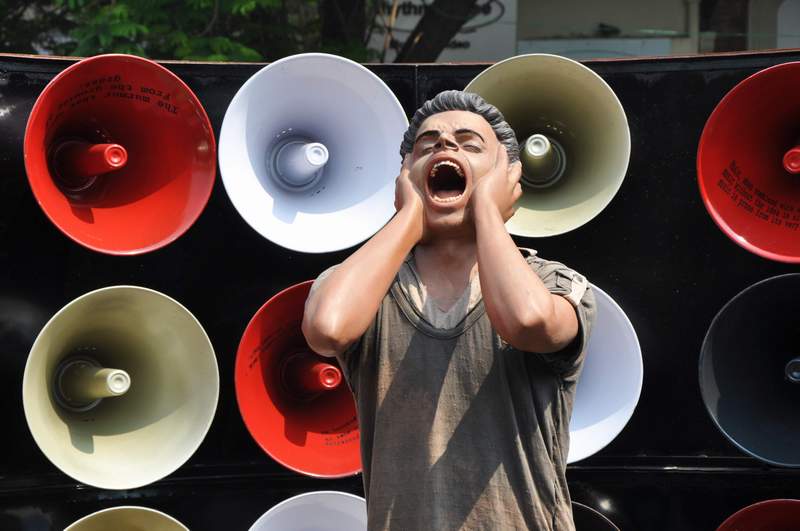 Sound/noise Pollution Paragraph: Pollution is probably the most talked word of the world. It is in fact, the process of making the elements of the environment dirty or harmful. Our environment is polluted in various ways and forms.

Sound pollution is one the forms of environmental pollution. It refers to the intolerable level of sound. The normal tolerance limit of sound is 45 decibels. When sound exceeds this limit, it becomes polluted.

Sound pollution is created due to many reasons. The main reasons are rapid growth of population, increasing use of machines, vehicle horns, indiscriminate use of microphone etc.

The effects of sound pollution are serious. It affects our daily life badly. It is very harmful for the patients. It interrupts the attention of study of the students. Often it makes people aggressive. People may also go completely mad due to sound pollution.

So, it is a bare necessity that we should stop sound pollution at any cost. To prevent sound pollution some places are declared “silent zone”. Silent zone means a place where there is little or no sound.

In other words, high sound is prohibited in such areas. Library, hospital etc. are such places. We can control sound by careful town planning and developing public awareness. The law enforcing agencies can play a vital role in this regard.

The horns and whistles of different vehicles playing on the roads are polluting the environment a lot. Besides, the drivers often press the horns unnecessarily even near the schools and hospitals, which causes serious problems to the students and patients.

Moreover, our young generation has a peculiar fascination towards listening music at high volume. Various shops and hotels at the roadsides also tune their audio system loudly to attract customers. Mikes and loudspeakers are also used on many occasions without considering any limit. Shouting slogans on the roads as well as on the campuses of colleges and universities tells upon the peaceful atmosphere. The sounds of mills and factories also contribute to sound pollution.

The people living in the cities or towns, workers at mills and factories, primary school teachers etc. are exposed to sound pollution. There are many bad impacts of sound pollution. Owing to sound pollution, the normal rate of heartbeat increases and blood pressure rises. It causes lack of concentration and irritability. It also accelerates the outbursts of rage.

After all, if we live in a noisy environment continuously, we might gradually become deaf. Marry developed countries are trying to control sound pollution by careful town planning and developing public awareness. I think, to check sound pollution, we should get all to be aware of the bad effects of sound pollution.