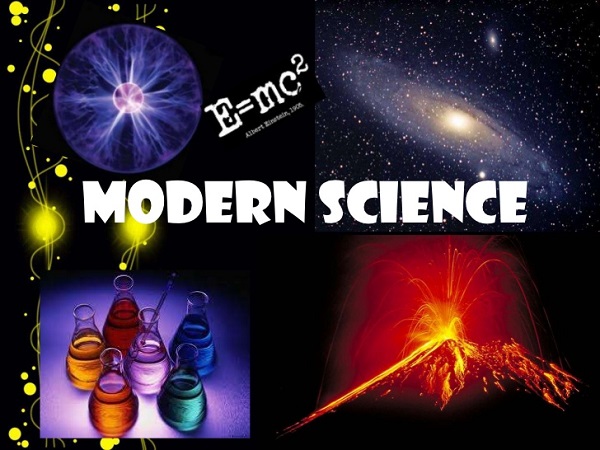 Wonders Of Modern Science Essay Introduction: We live in the age of science.We can see the wonders of science around us.Science has made our life easy and comfortable.We can not think of our modern life without science.

Electricity: The first wonder of modern science is the discovery of electricity.It has changed our life,society and culture.It is a great source of power and energy.It works like magic.The radio,television,lights,fans,electric iron,mills,factories.In fact we can not think of our modern life and civilization without science.

Communication: Science has linked up the distance parts of the world.Science has done wonders inn the field of communication.Telephone,telex,fax,wireless,telegram are the great wonders.They have brought the world closer to us.We can spend news from one corner of the world to other within a moment.They have conquered space,distance and time.Radio and television are also great media for communication.

Recreation: Science has discovered many wonders for our recreation.We have cinema,television,radio,tape recorder,gramophone and and V.C.R etc. for our recreation.Television is one of the greatest wonders of modern science.We can see the pictures of the whole world on the screen of television.We can hear songs and musics,enjoy drama,dance,debate etc.We can see the world figures and listen their speeches through television.The radio is one of the wonders of science.It gives us news,song,dance etc.

Medical science: Science has lessened human sufferings.It has given eyes to the blind,hearing to the deaf,legs to the lame.It has found out the new ways of health and life.It has increased the joys of life.Penicillin,X-ray,biopsy and ultra-sonography,E.C.G are some of the wonders of modern science in the field of medical science.Hospitals,private clinics and doctors can not go even a single day without these.

In education: Science has spread education among people.Printing press has made books cheap and available.Thousands of books,magazines,newspapers are printed every hour.

In agriculture: Science has done wonders in the field of agriculture.Farmers use scientific tools for cultivation and grow more foods,crops,fruits etc.

In construction: In the past it takes long time to complete a huge complex.But now a days it takes only a few days.It has been possible only for scientific inventions.

Transport: science has removed the distance of place.It has save time.We can travel hundreds of miles within a short time by cars,buses,trains,lunches and steamers. Aeroplane can carry us to the different parts of the world.We also carry goods easily through this transport.

The reader: The reader is another wonderful invention.It gives us signal about weather forecast.It also warns us by detecting the enemy planes.

Nuclear weapons: Nuclear energy is another wonder of modern science.Atom and hydrogen bombs are invented with the use of nuclear energy.

The space crafts: The rocket is another wonder of science.It has made space travel easy.Man has landed on the moon successfully.

Conclusion: Science is the greatest of all conquerors both past and present.It knows on defeat.It has established itself firmly in our hearts.

Modern civilization is the gift of modern science. Today we are living in an age of science. Day and night we make use of innumerable discoveries and invention of science.

Electricity is the great power behind many scientific inventions. The electric lam lights up our houses. Radio, television, telegraph, telephone, cinema, tape-recorder, photo-copier, VCR, computers and most of the mills and factories are run by electricity. There are also electric trains, printing press, cookers, irons, sewing machines etc. run by electricity.

Science has conquered space and time. We can go from one place to another place in a very short time by train steamer, plane or rocket. We have reached the moon. We can now send messages to a great distance in a second. We can talk to anybody in any part of the world by mobile phone. Radio brings songs, music, news, discussion etc. Television brings pictures also even in color. By FAX, any writing or picture can be sent over great distance very easily. Internet is yet another wonder of modern science.

Spinning of yarn, weaving of cloth and sewing of cloths can be done at a great speed. Food processing, house-building, constructing roads and bridge can be done very quickly. Millions of pages can be printed or reproduced in a short time. A calculator can solve complicated sum in no time.

Science has discovered the causes of most of the diseases and their remedies. A deadly disease like TB has been conquered. Cholera has also been brought under control. Small pox has been eliminated. The X-ray and the antibiotic have been very helpful to man. Cornea transplant, by-pass surgery etc. are marvels of medical science.

Science has increased food production greatly. If we can apply the scientific methods properly, there will be no hunger in the world. Tractors, power-pumps, fertilizer, high-yielding varieties of crops and irrigation techniques have revolutionized agriculture.

But science is not an unmixed blessing. Science has also invented guns, bombs and missiles, battleships and war planes, chemical weapons and nuclear war heads. To speak the truth science has both blessing and curse.